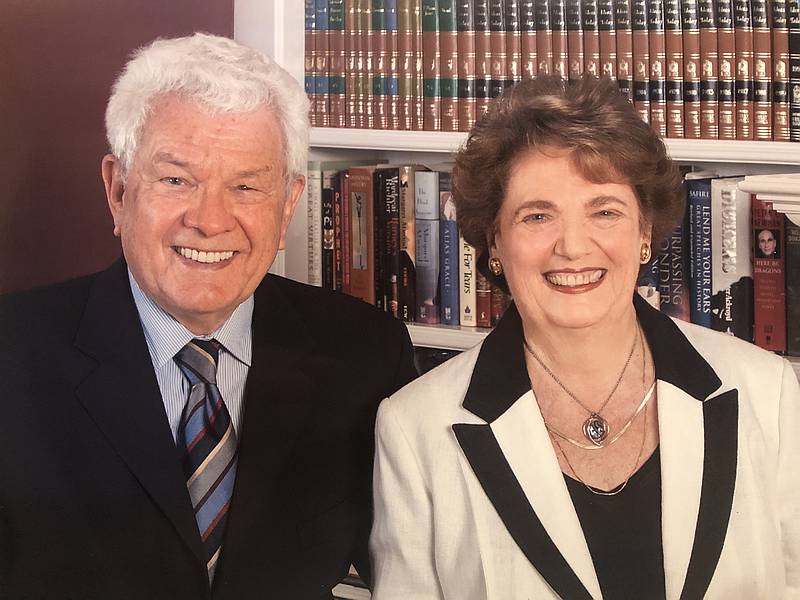 Gerri is a psychologist, applied scientist, educator, essayist and poet. As founder and senior psychologist of the Vancouver Learning Centre, she has spent more than 30 years transforming the lives of hundreds of young people faced with learning challenges. She is founder and President of the International Foundation of Learning, a non-profit organization focused on learning for leaders. As co-founder of the Institute for Ethical Leadership, she is a strong voice for leadership grounded in right action. Gerri has had a unique history of success in leading large projects of integrity and good work to successful fruition by working outside the margins of any particular organization to connect, invite and inspire both their leaders and their rank and file to work together on a new transformative enterprise. People join her teams in order to accomplish a common goal. The common thread on this unusual career journey is that each project was based on a new and creative idea that didn’t exist, that pushed other projects and their participants to embrace advances just appearing on the horizons, not as wishful thinking, but as the result of sound science and research so integral to her doctoral training at McGill where she earned an interdisciplinary doctoral degree in Psychology and Education under the mentorship of outstanding leaders in the field.

A lifetime of experience in teaching, government service and entrepreneurial work in business brought him to Vancouver, Canada, where he now makes his home. As well as being President of Creative Learning International, Desmond is Chairman of the International Foundation of Learning and co-founder of the Institute for Ethical Leadership and the Visioneers International Network. All of these organizations are committed to acting to raise the quality of human interaction towards peace and sustainability. The Visioneers International Network is inspired by and based on Desmond’s book: The Visioneers: A Courage Story about Belief in the Future, which tells a powerful story about world transformation.  It is described on the Our Story page.

The Visioneers International Network is Des and Gerri’s legacy and an answer to the challenge of our times.  They speak about that in two interviews conducted by Barbara Muller on her Peace Podcasts portal:

Geraldine began her working life as a classroom teacher with the Montreal Protestant School Board, where her experience included guidance counselling at the high school level. In 1972 she became the Head of the Psychology Department at John Abbott College where she designed and led a large research project on academic achievement and reading at the college level.

In 1977 she was recruited to be Head of Psychology at the Vancouver Children’s Hospital and had a joint appointment as Assistant Professor in the Faculty of Medicine (Pediatrics) at the University of British Columbia. In 1980 she left her academic career to found her own clinical practice called the Vancouver Learning Centre (VLC), where she set out to use her knowledge about the neuroplasticity of the human brain to design rehabilitation programs for children and young adults with learning differences and to train a faculty of teachers to implement the programs. Over four decades of practice, Geraldine and the Vancouver Learning Centre have become recognized as a lighthouse of success for hundreds of children who otherwise may have had dismal life prospects. Many VLC graduates have gone on to achieve success in higher education and to make outstanding contributions to their community.

In 1983 Geraldine founded the International Foundation of Learning to be a non-profit organization for promoting excellence in learning, and in 1988 she co-founded with her husband, Dr. Desmond Berghofer, a leadership development company called Creative Learning International. Geraldine’s passion for human excellence complemented Desmond’s futures perspective and over the following years they worked together in promoting leadership development in government and business at provincial, national and international levels. In 1997 they founded the Institute for Ethical Leadership to promote an ethical approach to solving societal issues in education, the environment, health and wellness, and personal development.

Early in her career, Geraldine edited the proceedings in 1979 of an International conference on best practices for teaching children with learning difficulties. Titled Advances in Research and Services for Children with Special Needs (1983), this was a ground-breaking contribution to knowledge in this field. One review noted: “It was far-sighted of Dr. Schwartz to put together this volume of papers, for they would otherwise have been lost to the general readership.” Another reviewer said, “An excellent resource. I would rate this book a ten.”

In 2007 Geraldine published her own collection of inspirational poems and essays entitled Journeys of Second Adulthood: A Woman’s Search for Higher Ground, described as a “precious treasure of feminine wisdom.” In the same year with Desmond Berghofer she co-authored The Ethical Leadership Scales, a set of instruments for measuring ethical competence in individuals and organizations.

Geraldine’s most recent initiative is to work with Desmond on developing the Visioneers International Network to become a global platform for promoting human nobility and global peace and sustainability. With her unwavering commitment to human improvement and evidence-based procedures for achieving exceptional outcomes, Geraldine is an outstanding leader in her community and beyond. As a mother and grandmother, she is passionate to leave a legacy of improved prospects for current and future generations.

Gerri calls this poem, “Sapiens Part Two,” the mother poem of the visions in the Visioneers Web of Good Work:

Suddenly…
A sacred quiet descends
and I enter
deep deep
into heart space,

Where…
Visions of a new time,
of “sapiens emerging,”
vibrate with
such clear energy
I can smell
and taste
and even hear
their voices speaking.

First…
I see them
in the pastel colours
of dreams,
but…
As I stand transfixed
the gaudy colours
of a vivid
intense reality
come into view,

Of…
A new race
strong in body
beautiful
in form
and feature
in every kind
and colour
spirits glowing
the electric connections
between them
visible
crackling
vibrant
full or grace
“Sapiens part two.”

And
the visions split
into thousands
of images
of actions

Where
peace and justice
respect and prosperity
joyfully
co-exist,

Where
the dark evil
of centuries past
is controlled
and contained
its actions
no longer
tolerated
its perpetrators
exiled
to far off margins,

Where
starved of the nutrients
enjoyed up to
recent times
they become extinct.

The images become
grand swirling
tapestries
that now begin to fade
into
the pastel colours
of dreams.

How oh how
can we begin
this sacred
holy mission
built on
the noble
the wise
and the
seeming miracles
of our moment
in the human journey
to create
a wondrous future
full of the grace
we can now
actually imagine.

Desmond Berghofer is a writer, futurist and teacher living in Vancouver, Canada.

Desmond was born in Queensland, Australia. His early years were spent growing up on his father’s dairy farm on the Darling Downs near Brisbane. He completed his high school education in Brisbane and went on to earn a BA in English Literature from the University of Queensland. Desmond began his working life as a teacher in Queensland Schools and later served as an Education Officer with the Commonwealth Office of Education in Sydney.

In 1966 Desmond immigrated to Canada where he served as a teacher and principal in schools in the province of Alberta before completing a PhD in Educational Administration at the University of Alberta in 1972. He joined the Alberta Department of Advanced Education where he served as Assistant Deputy Minister from 1977-88. In this capacity he represented Canada through the Council of Ministers of Education at many international conferences through UNESCO and other organizations.

In 1988 Desmond moved to Vancouver, British Columbia where with his wife, Dr. Geraldine Schwartz, he co-founded a leadership development company, Creative Learning International, where he still serves as President. Since 1988 he has worked as a teacher, author, conference presenter and workshop leader in Canada and abroad.

Desmond began his writing career in 1992 with the publication of his first novel, The Visioneers: A Courage Story about Belief in the Future. In this book, Desmond returned to his first love of English Literature and drew on his training as a futurist at the University of Alberta, and his government experience in international conferences, to produce an inspiring story about how a small group of passionate people can move the world from its current trajectory towards economic and social collapse and environmental destruction, to create a global civilization of peace, cooperation and sustainability. This theme has been foremost in Desmond’s work since 1992 and has culminated in the founding with Geraldine Schwartz of the Visioneers International Network, which aims to transform the fantasy of the The Visioneers novel into reality in the 21st century.

Desmond has written several other books, including A Christmas Wish (1996), Antale: An Allegory of a World Reborn (2006), a memoir of his early years, Growing up Grandpa (2011), and a children’s book The Wonderful World of Om (2017). He is also co-author of The Ethical Leadership Scales (2007). Desmond’s poem “At Last We Have Come to It” was published in a collection of poems for the new millennium entitled Prayers for a Thousand Years (1999). As well as being President of Creative Learning International, Desmond is Chairman of the International Foundation of Learning and co-founder of the Institute for Ethical Leadership and the Visioneers International Network. All of these organizations are committed to acting to raise the quality of human interaction towards peace and sustainability. Having lived his life through a period of turbulence and emerging globalism in the second half of the 20th century and the acceleration of technological change and increasing environmental concern in the 21st century, and being a father and grandfather, Desmond is committed to raising his voice to inspire the search for global unity and working to help create the best possible outcomes for current and future generations.

Excerpt from Desmond’s poem, “At Last We Have Come to It”, which summarizes his world view:

Now the higher calling struggles to be heard.

For the most part
the din and dance of boom and bust
still drowns it out,
while the very Earth
trembles more than a little
under the burden.

No flash of transformation is pending.
The way of evolution was never thus.
But always in the sheltered margins of the main event,
the questing mutant messengers have formed,
secured their strength,
and waited for their moment in the light.

So will it be again,
as the pressure builds for consciousness
to hear the higher call,
then reach, transform, and finally transcend.

Unless the sweep of chance wipes all that out,
because we did not learn to play the part
our consciousness created for us,
and like a curious willful child
without a parent’s guiding hand
we fall into the shimmering pond and drown.

So, at last we have come to it.
Whether to fashion a value shift among all cultures
Replacing sense of separation
With understanding of the all,
or lose our gains against a higher hand.

At last we have come to it.

If the story of the founders resonates with you, then we encourage you to Join Now and connect with them on the Visioneers International Network!