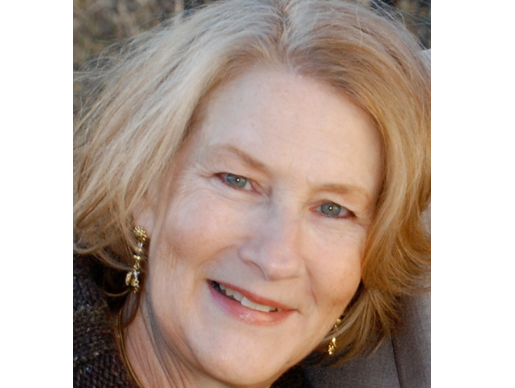 Jan’s life story is that of a decent human being who sees a need and steps up to help. Her values are in synchrony with Visioneer values. Most importantly, Jan is an activist, her life story is exemplary and reflective of human nobility.... To hear her story read on.

Over the course her life, Jan came to the conclusion that every one of us has a role to play in the continual advancement of humanity’s most noble goals – peace, social justice, universal education, protection of the environment, nonviolent conflict resolution, and international collaboration in solving world problems such as climate change, food insecurity and extreme poverty. She expresses our individual responsibility this way: What Happens Next is Up to All of Us.

She believes we are all connected, not only to those living on earth now, but also to those who came before us and to those who will come after us. Some of us make major contributions to solving problems and enriching lives, while others contribute by the way we live day-to-day in the choices we make on a daily basis. The choices we make about what we eat and how we live affect people everywhere, not just now, but in the future. We are choosing, each day, what kind of life the people who come after us will have.

Jan is an activist who volunteers when she sees a need:

Jan sees herself as someone who contributes by serving a need when it arises. Within that context she has worked to make a positive difference by serving as a volunteer:

She volunteered as a young woman in Robert F. Kennedy’s senate office when she was in high school, sorting mail and compiling lists of individual constituent’s needs and requests for help.

She volunteered to start and coach a Girl’s Track Team at Stoughton High School because the girls wanted a team and there was no funding for a team or a coach. The team is now in its 45th year.

She volunteered with another parent to assist the Superintendent of Schools in Holliston, Massachusetts to bring a grant-funded Montessori preschool/elementary school program that integrated gifted, special needs, and “regular” education students in one classroom where a Montessori teacher, a special needs educator and a specialist in teaching gifted students taught collaboratively and each worked with all students in the classroom.

She volunteered with two other parents to write a bill related to the state’s reimbursements of towns’ extraordinary Special Education expenses and presented it to the Massachusetts legislature. It passed!

She volunteered as an overnight staff person at a homeless shelter; as an AIDS educator for the AIDS ACTION COMMITTEE; and as a mentor to homeless women who were part of a program for homeless mothers run by the South Middlesex Opportunity Council (SMOC).

She volunteered on numerous political campaigns.

She volunteered to write a book chronicling the true story of a young man who was left for dead as the victim of a hit and run when he was 32. This book is the story of his recovery from life-threatening injuries and the changes in his life during the last ten years, as a result of the traumatic brain injury he endured.   The book is called Left For Dead, From Surviving to Thriving.   It will be released during the summer of 2020.

Jan stepped up as a Leader in her Community

Jan served on the advisory board of a newly formed urban non-profit, the Centre for Nonviolent Solutions in Worcester, Massachusetts, which led to becoming aware of some young men who had just been released from prison after serving terms on drug charges. None of them had graduated from high school, so she started tutoring them twice a week to prepare them for the GED test so they would have a high school equivalency diploma and be able to get a job. One was homeless so she brought food and taught “life skills” as well as academics.

She served as the Massachusetts coordinator for the World March for Peace 2010.

She initiated and animated the process of becoming a Massachusetts designated Green Community in Bellingham, Massachusetts.

She is a trained Climate Reality Leader, a member of the Sierra Club, Greenpeace, 350.org, 350 MA, and she contributed to numerous environmental organizations, both local and national.

Jan is a Lifelong Educator

Her paid working life has been primarily in the field of education, starting in the classroom as a high school English teacher. (As a side note, during her teaching career, she had a weekly newspaper column for the Middlesex News, now the Metrowest Daily News, from 1984 to 1994.)

After taking a year off to explore other career possibilities, she returned to the field of education as the coordinator of a multi-year joint project of the Worcester Public Schools (WPS) and the ADL’s A World of Difference, developing and implementing a Train-the-Trainer program which enabled principals and teachers within their own schools to facilitate workshops on race, class, gender, religion, and sexual orientation with all of the teachers and para-professionals in the Worcester schools. As a result of this program, she has facilitated diversity and social justice workshops for the National Conference for Community and Justice, the Centre for the Study of Sport and Society, and privately with businesses, schools, non-profits, and community organizations, both for pay and pro bono.

Jan’s work in the WPS led to part-time professional development work with the Alliance for Education (AFE), an advocacy organization for public schools in the greater Worcester area. At the same time, she worked in professional development in under-served rural and urban school districts with Modern Red Schoolhouse, a New American School design, funded through the No Child Left Behind legislation. Eventually, she served as the interim Executive Director when AFE went through the loss of its executive director and a period of reorganization. Jan resumed her work with Modern Red Schoolhouse after AFE hired a permanent executive director.

Jan is a creative Environmental and Peace Activist:

A committed pacifist since her freshman year in college, during retirement she began helping Andre Sheldon who had been developing a program for world peace. He created A Call to Women, A Global Movement of Nonviolence. They disagreed on aspects of his vision, but shared a dream of a peaceful world. Jan acted as a sounding-board, devil’s advocate and editor for some of his writings. It was a sometimes difficult collaboration because of their differing philosophies about how real change occurs, but she admired his perseverance and continued to support his work in various ways. In 2018, Jan, Andre and another peace activist, Rose Lord, were privileged to present Andre’s plan at the United Nations. They were invited to meet with the director of UN Women later that year. Needing more time to focus on writing and personal goals, she is no longer actively assisting Andre. But Jan is still a believer in the possibility of a more peaceful world.

She makes a contribution as a Writer and Novelist

Jan began work on her first novel, I CALL MYSELF EARTH GIRL, which was released in 2013. (Just about the same time she got her Medicare card!) It was while writing this novel that Jan’s concern about the environment became a more important focus for her. She has tried to raise awareness about our responsibility to future generations by writing compelling fiction. As a result of the book, she has often been a guest speaker about this topic.

Jan has just completed her second novel, tentatively titled, WHAT HAPPENS IN THE SPACE BETWEEN? Set in 2022 and 2122, it makes the case that all of us who live on earth now are living in the space between what was, and what will be. Of course, this could be said of every generation. But this space, our space in time, may be the most important transitional moment in human history. We hold the health of our planet and the survival of its inhabitants in our hands. What happens in the space between now and the next ten years will determine how humans live in the second half of this century and beyond. We have the power to shape that future.

Her goal with this book is to rewrite the story of climate change—to transform it into a story about saving what we love, rather than fearing what we will lose—so we can embrace the dual mission of slowing global warming and living in harmony with the natural world.

Jan is a caregiver for those she loves:

After a very difficult year which included a divorce and a mild stroke, Jan decided she couldn’t be a good teacher and a good parent to her five sons (ages 6 to 14). She left classroom teaching at the end of that school year without really knowing what she was going to do next. She was extremely fortunate to inherit $20,000 that same year from a maiden great aunt she barely knew. This enabled her to take a year off and to do volunteer work in hopes of figuring out what her next career could be. During this time, her volunteer work with the AIDS ACTION COMMITTEE and SMOC taught her facilitation skills, that were further enhanced through training she received at the Anti-Defamation League (ADL) in Boston, before joining their team of A World of Difference facilitators.

When Jan’s aging parents became unable to live independently, they came to live with her. Her father’s Alzheimer’s Disease was progressing rapidly, and reluctantly the family decided he needed to be in an assisted living facility. Her mother visited him there everyday until he died two years later. Within a few years her mother needed full-time care and Jan resigned as a consultant with Modern Red Schoolhouse.

Retirement provided Jan with the time to care for her mother and assist with daycare for her first grandchild. He has an Autism Spectrum Disorder, and Jan spent a lot of time caring for him and figuring out strategies to help calm him.

Jan’s life story is that of a decent human being who sees a need and steps up to help. Her values are in synchrony with Visioneer values. Most importantly, Jan is an activist, her life story is exemplary and reflective of human nobility....