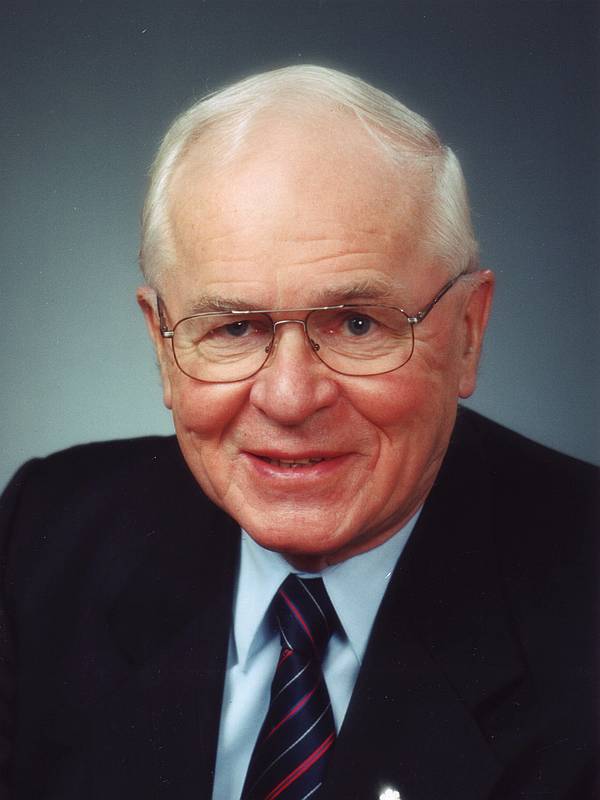 The Hon. Douglas Roche, O.C., is an author, parliamentarian and diplomat, who has specialized throughout his 45-year public career in peace and human security issues. He lectures widely on peace and nuclear disarmament themes.

Mr. Roche was a Senator, Member of Parliament, Canadian Ambassador for Disarmament, and Visiting Professor at the University of Alberta. He was elected Chairman of the United Nations Disarmament Committee at the 43rd General Assembly in 1988. In 2018, the International Peace Bureau awarded him the prestigious Sean MacBride Prize for his “indefatigable work, in particular as President of the UN Association and, as Ambassador for Disarmament during the height of the Cold War, helped maintain strong Canadian public support for the ideals of multilateralism in one of the most turbulent times in modern history.”

Mr. Roche was the founding Chairman of the Middle Powers Initiative, an international network of eight non-governmental organizations working for the elimination of nuclear weapons. In 2010, the City of Hiroshima named him an Honourary Citizen for his nuclear disarmament work and particularly for founding the Middle Powers Initiative. He was awarded the Calgary Peace Prize in 2017.

The author of 23 books, his latest is Hope Not Fear: Building Peace in a Fractured World. His Memoirs, Creative Dissent: A Politician’s Struggle for Peace, was published in 2008.

Mr. Roche holds nine honourary doctorates from Canadian and American universities and has received numerous awards for his work for peace and non-violence, including the Mahatma Gandhi Foundation for World Peace Award (Canada) and the United Nations Association’s Medal of Honour. In 1995, Pope John Paul II presented him with the Papal Medal for his service as Special Adviser on disarmament and security matters, and in 1998 the Holy See named him a Knight Commander of the Order of St. Gregory the Great. He received the 2003 Peace Award of the Canadian Islamic Congress and the 2005 Luminosa Award for Unity from the Focolare Movement, North America. In 2005, he was given Lifetime Achievement awards from both the Canadian Pugwash Group and the Nuclear Age Peace Foundation.

In 2009, he received the Distinguished Service Award of the Canadian Association of Former Parliamentarians for his “promotion of human welfare, human rights and parliamentary democracy in Canada and abroad.” He is an Officer of the Order of Canada. In 2011, the International Peace Bureau nominated him for the Nobel Peace Prize.