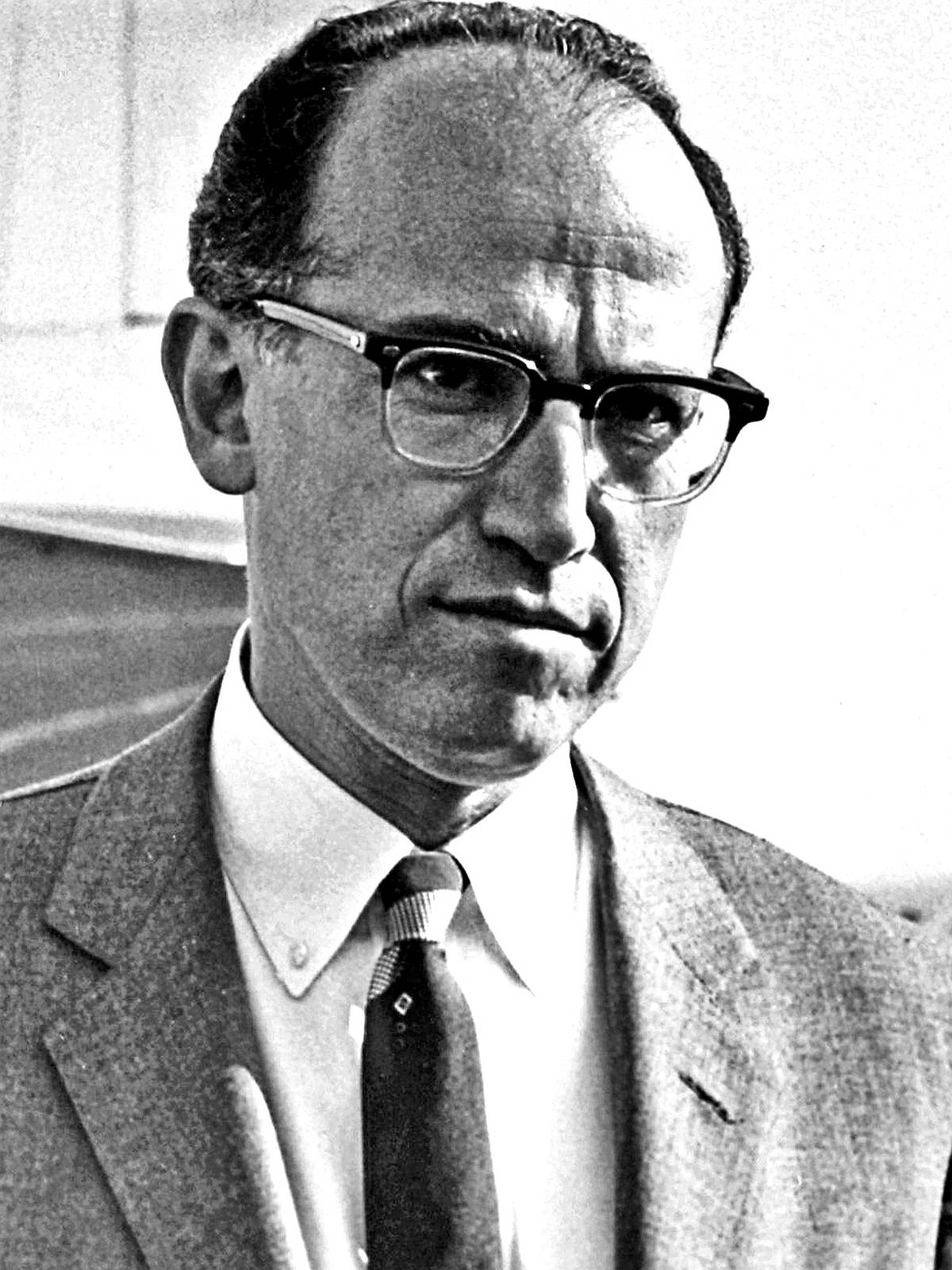 Jonas Edward Salk was born October 28, 1914 in New York City, the eldest of three sons to Russian-Jewish immigrants Daniel and Dora Salk. The first member of his family to attend college, he earned his medical degree from the New York University School of Medicine in 1939 and became a scientist physician at Mount Sinai Hospital.

In 1942, Salk went to the University of Michigan on a research fellowship to develop an influenza vaccine. He soon advanced to the position of assistant professor of epidemiology. He also reconnected with his NYU friend and mentor, Thomas Francis, Jr., head of the epidemiology department at Michigan’s new School of Public Health, who taught him the methodology of vaccine development.

In 1947, Salk was appointed director of the Virus Research Laboratory at the University of Pittsburgh School of Medicine. With funding from the National Foundation for Infantile Paralysis—now known as the March of Dimes Birth Defects Foundation—he began to develop the techniques that would lead to a vaccine to wipe out the most frightening scourge of the time: paralytic poliomyelitis.

Contrary to the era’s prevailing scientific opinion, Salk believed his vaccine, composed of “killed” polio virus, could immunize without risk of infecting the patient. Salk administered the vaccine to volunteers who had not had polio, including himself, his lab scientist, his wife and their children. All developed anti-polio antibodies and experienced no negative reactions to the vaccine.

In 1954, national testing began on one million children, ages six to nine, who became known as the Polio Pioneers. On April 12, 1955, the results were announced: the vaccine was safe and effective. In the two years before the vaccine was widely available, the average number of polio cases in the U.S. was more than 45,000. By 1962, that number had dropped to 910. Hailed as a miracle worker, Salk never patented the vaccine or earned any money from his discovery, preferring it be distributed as widely as possible.

Founding the Salk Institute for Biological Studies in La Jolla in 1963 was Salk’s second triumph. He was aided with a $20 million grant from the National Science Foundation and support from the March of Dimes.

Salk spent his last years searching for a vaccine against AIDS. He died on June 23, 1995 at the age of 80 in La Jolla, California. His life’s philosophy is memorialized at the Institute with his now famous quote: “Hope lies in dreams, in imagination and in the courage of those who dare to make dreams into reality.”

In 1957, Jonas Salk, developer of the first safe and effective polio vaccine, began his quest to fulfill his second dream: create a collaborative environment where researchers could explore the basic principles of life and contemplate the wider implications of their discoveries for the future of humanity.

Gifted with 27 acres overlooking the Pacific Ocean by the City of San Diego in 1960, Salk partnered with architect Louis Kahn to design such a research center. He summarized his aesthetic objectives by telling Kahn to “create a facility worthy of a visit by Picasso.”

The major study areas are aging and regenerative medicine, cancer biology, immune system biology, metabolism and diabetes, neuroscience and neurological disorders and plant biology. Salk research provides new understanding and potential treatments for a range of diseases, from AIDS and Alzheimer’s to cancer and cardiovascular disorders. Discoveries by plant biologists are paving the way to improving the quality and quantity of the world’s food supply and to addressing critical environmental problems, including global warming.

The Institute is supported by research grants from the National Institutes of Health, private foundations and individuals who value scientific trailblazing. The March of Dimes, which has backed the Institute since its inception, continues to contribute financially every year.

As its first director, Salk said of his eponymous institute:

“The Salk Institute is a curious place, not easily understood, and the reason for it is that this is a place in the process of creation. It is being created and is engaged in studies of creation. We cannot be certain what will happen here, but we can be certain it will contribute to the welfare and understanding of man.”