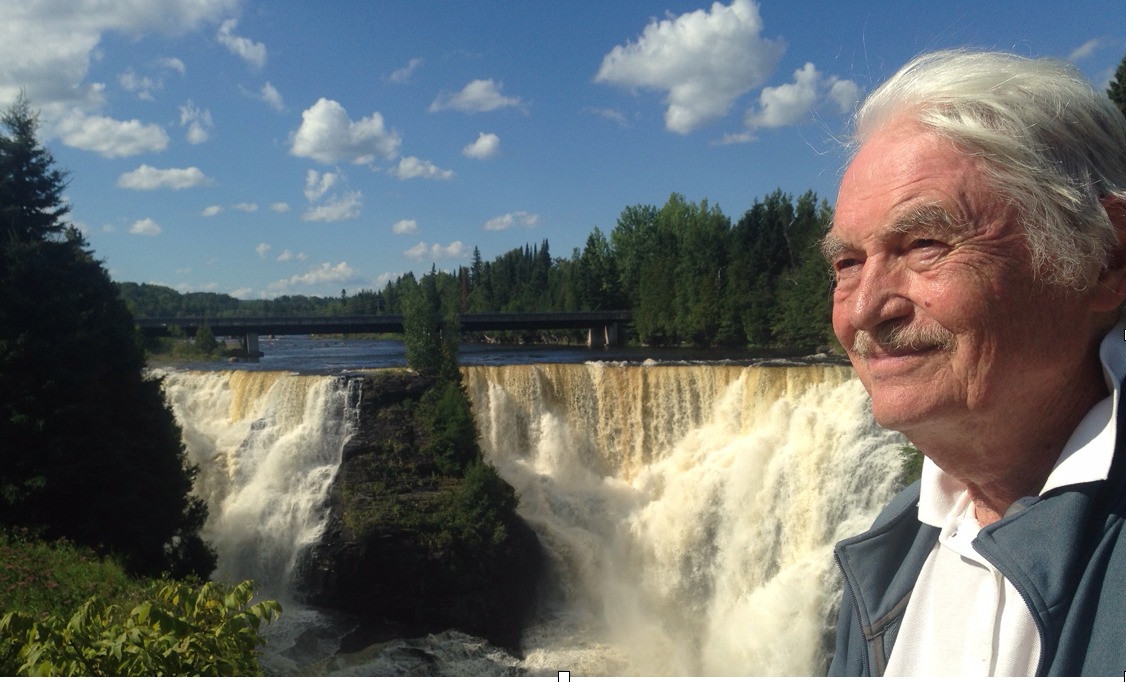 In 1933 in the obscure East European country of Bessarabia, now part of Moldova and Ukraine, Helmut Burkhardt was born. A child of war, conflict and hardship, he developed a passion to use his first love of science to promote global peace. He completed his doctorate at the University of Stuttgart in 1964 and immigrated to Canada in 1967.

Helmut’s early research was in thermonuclear fusion and magneto-hydrodynamic energy conversion. Understanding that the incoming rays from the sun are more than sufficient for agriculture and forestry globally, plus all the energy that the human race can possibly need to sustain a prosperous future, he became a pioneer of renewable energy decades ahead of his time. He also understood that the development of renewable energy was part of the pathway to peace.

From 1979-84 he was Director of the Ryerson Energy Centre at Ryerson University in Toronto, where his focus was on renewable energy, especially solar. He developed an interest and expertise in systems science and organized interdisciplinary conferences at Ryerson with the International Society for Systems Sciences (ISSS). Seeing hope and possibilities in systems science for achieving peaceful solutions to human problems, he joined Science for Peace and founded his own non-governmental organization, the Council on Global Issues (CGI), as an internet-based inter-disciplinary think tank.

Between 1997 and 2004 he organized the World Order Conferences which were an extension of the earlier ISSS series. The 1997 conference began a new relationship with aboriginal people by including a presentation on aboriginal wisdom, signifying that such teachings would no longer be ignored by western science.

Helmut joined the Board of the International Holistic Tourism Education Centre (IHTEC), which was promoting a culture of peace through tourism. He supported the work of IHTEC’s founder, Dame Julia Morton-Marr, winner of a 2017 Visioneers Award for Lifetime Achievement in education and the environment, in the development of International School Peace Gardens in 15 countries. Julia described Helmut as “a constant source of strength and guidance.”

Helmut was a member of the Board of Science for Peace from 1996-2004, where he saw the mandate to be the pooling of the scattered knowledge of academia to be used to design policy options, and to disseminate its conclusions to politicians, business leaders, educators, and the public.

As a participant in the Canadian Pugwash Group, Helmut helped organize international roundtables on potential future crises and how to avoid disastrous outcomes. In 2007 he delivered his seminal paper on “Physical Limits to Large-Scale Global Biomass Generation for Replacing Fossil Fuels.” Again, he was ahead of his time. Had any of the relevant US authorities noted this paper, they might have reduced the too large scale of their ambitious project to produce ethanol from corn, which caused a food shortage in many poor countries. Another major contribution ahead of its time was his 2012 paper delivered in the Foresights Workshop held in Pugwash, Nova Scotia on “Governance for a Peaceful World.” Showing the direction of his thinking, Helmut had earlier, in 2010, organized a workshop sponsored by the Global Issues Project on a World Without War.

Helmut needed to pursue his dream of world order through global governance and was elected chair of the Toronto chapter of the World Federalists, a position he still held at the time of his death in 2017, a fitting last stage to an important career in pursuit of peace and rational and just solutions to human problems.

Most of Helmut’s published papers and conference papers are at Ryerson University.