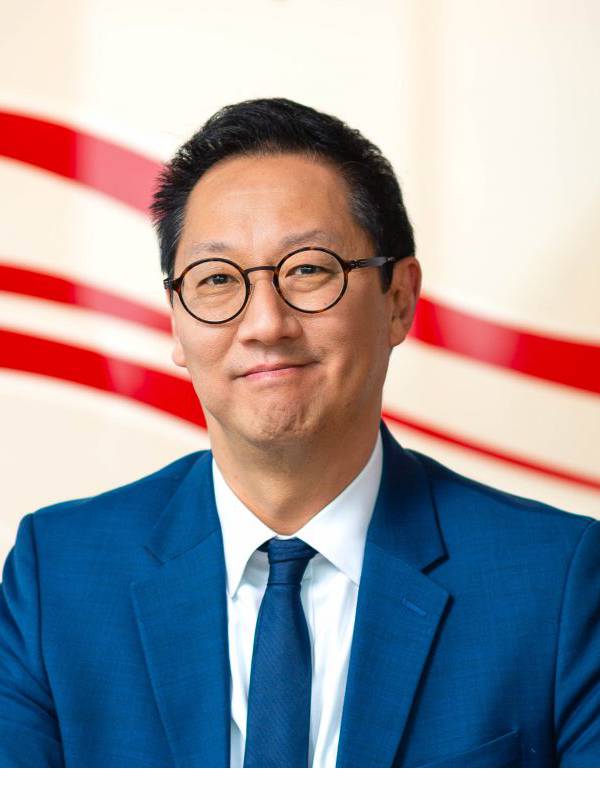 Dr. Santa Ono is an inspirational educator and an accomplished musician with extraordinary life achievements as noted below.

In a global moment of many existential crises, especially impacting the younger generations in need of leadership, Dr. Ono is a world class leader of the highest order.

He is a champion of respect for diversity and inclusiveness, including support for Indigenous Peoples.

His generosity and philanthropy are exemplary. His values, positive energy and decency of spirit are expressed loudly in his life and in his work.

The University of British Columbia has thrived under his leadership and we know his contributions to the University of Michigan, where he goes next as president, will be equally powerful.

His life and work have already made an important difference, we know that what follows will be as outstanding.

Dr. Santa Ono is truly worthy of the title of Hero of Humanity.

Santa J. Ono PhD FRSC FCAHS is the 15th President and Vice-Chancellor of the University of British Columbia.

Installed as President and Vice-Chancellor in 2016, he also serves as Chair of the U15 Group of Universities, on the Board of Directors of Universities Canada and the Association of Public and Land-grant Universities, and as Past Chair of Research Universities of British Columbia. He is the Leader of the University Climate Change Coalition and a member of the International Advisory Board of Keio University, Terramera Strategic Advisory Board, Steering Committee of the Association of Pacific Rim Universities, the Government of Canada’s Industry Advisory Ad Hoc Roundtable on COVID-19 Testing, and the Boards of Fulbright Canada and MITACS. He has served on the Boards of the American Council on Education and the Council on Competitiveness, as Chief Innovation Advisor to the Province of British Columbia, and as Co-Chair of the Advisory Committee on Equity, Diversity and Inclusion Policy for the Government of Canada.

Prior to his appointment as President and Vice-Chancellor of UBC, Dr. Ono served as the 28th President of the University of Cincinnati and Senior Vice-Provost and Deputy to the Provost at Emory University. He also served as Professor of Pediatrics at Cincinnati Children’s Hospital Medical Center.

He was appointed by Governor John Kasich to lead Ohio’s Biopharmaceutical Task Force and to the Board of the Ohio Third Frontier – Ohio’s technology-based economic development program, when he served as President of the University of Cincinnati.

A molecular immunologist educated at the University of Chicago and McGill, Dr. Ono has taught at Johns Hopkins, Harvard University and University College London. He has advised national and regional governments on higher education and mental health. He has also advised companies such as GSK, Johnson & Johnson, Merck and Novartis on R&D, and served as Director and Chief Scientific Officer of iCo Therapeutics Inc.

He has been inducted as a Fellow of the American Association for the Advancement of Science, the Canadian Academy of Health Sciences, the National Academy of Inventors, USA and the Johns Hopkins Society of Scholars. In 2022, he was elected to the American Academy of Arts & Sciences.