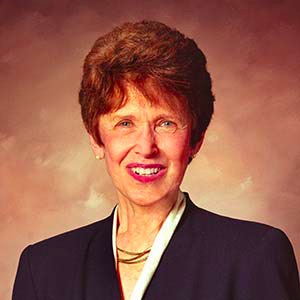 RIANE EISLER is a social systems scientist, cultural historian, attorney, consultant, and speaker whose work has transformed organizations, policies, and people worldwide. Her book Nurturing Our Humanity: How Domination and Partnership Shape Our Brains, Lives, and Future (co-authored with anthropologist Douglas Fry, Oxford University Press 2019) shows how to construct a more equitable, sustainable, and less violent world based on partnership rather than domination.

Dr. Eisler is president of the Center for Partnership Studies (CPS), dedicated to research and education, and Editor-in-Chief of the Interdisciplinary Journal of Partnership Studies, an online peer-reviewed journal at the University of Minnesota that was inspired by her work. She keynotes conferences nationally and internationally, addressed the United Nations General Assembly, the U.S. Department of State, and Congressional briefings, and speaks at corporations and universities on applications of the partnership model introduced in her work.

Eisler was a child refugee from Nazi Europe, and that experience eventually led to her multidisciplinary re-examination of human societies and human possibilities. She is internationally known for her bestseller The Chalice and The Blade: Our History, Our Future, now in 27 foreign editions and 57 U.S. printings, the first book reporting her findings. Her book on economics, The Real Wealth of Nations: Creating a Caring Economics, was hailed by Archbishop Desmond Tutu as “a template for the better world we have been so urgently seeking.” Other books drawing from Eisler’s research include her award-winning Tomorrow’s Children,  Sacred Pleasure, and Women, Men, and the Global Quality of Life, statistically documenting the key role of women’s status in a nation’s quality of life. Her earlier Equal Rights Handbook was the only mass paperback on the proposed Equal Rights Amendment.

She has taught at UCLA, CIIS, and the University of Alabama, and has written over 500 articles in publications ranging from Behavioral Science, Futures, Political Psychology, The Christian Science Monitor, Challenge, and UNESCO Courier to Brain and Mind, Human Rights Quarterly, International Journal of Women's Studies, Business Insider, Quartz, and the World Encyclopedia of Peace, as well as chapters for books published by trade and university presses (e.g., Cambridge, Stanford, and Oxford University).

Through the Center for Partnership Studies’ Caring Economy Campaign she developed new metrics demonstrating the economic value of caring for people, starting in early childhood, and of caring for nature, now being condensed and updated into a Social Wealth Index to provide a concise guide to business and government in our post-industrial era. She pioneered the expansion of human rights to include the majority of humanity: women and children. Her research provides a new perspective on our past, present, and possibilities for the future, including a new social and political agenda for building a more humane and environmentally sustainable world.

Eisler is the only woman among 20 major thinkers including Hegel, Adam Smith, Marx, and Toynbee in Macrohistory and Macrohistorians in recognition of the lasting importance of her work as a cultural historian and evolutionary theorist. She has received many honors, including honorary PhDs, the Nuclear Age Peace Leadership Award, the Feminist Pioneer award, and inclusion in the award-winning book Great Peacemakers as one of twenty leaders for world peace, along with Mahatma Gandhi, Mother Teresa, and Martin Luther King.